How Does Power Steering Work? 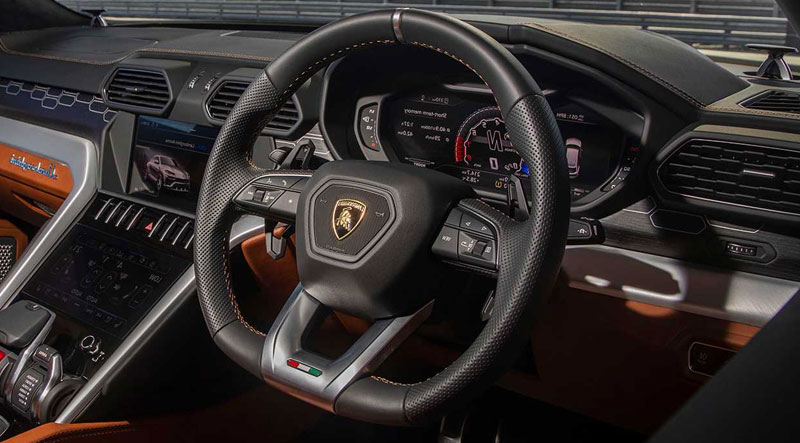 Electric and hydraulic power steering in a car is a device that is needed to turn the steering wheel easier when performing maneuvers. Its presence allows you to drive the car with great comfort.

The spool is considered the main part of the steering system; its position determines the process of functioning of the assemblies and elements of the system. Regardless of the type of movement of the spool, which can be axial or rotary, there are no differences in the principle of action. When the steering wheel is centered, the spool is held in place by centering spring elements. This action allows the oil to move freely through all system components. But provided that the valve is in the correct position.

The pumping device operates in an enhanced mode, distilling the working fluid through the system. This node always works, regardless of whether maneuvers are performed or not. The main purpose of the pumping device is precise to pump oil.

When the driver turns the steering wheel, the spool starts to move, as a result of which it closes the drainpipe; this leads to the supply of oil into one of the cylinder chambers, and the pumping procedure is performed under the influence of pressure.

At the same time, the piston and rod components, due to the movement of the fluid, turn the wheels and the valve body in the direction where the valve moves. The switchgear body can overtake the spool only when it stops moving; this indicates that the maneuver has been completed.

Then the spool element moves to its original state, the oil drain pipe is opened.

The device of the classic power steering 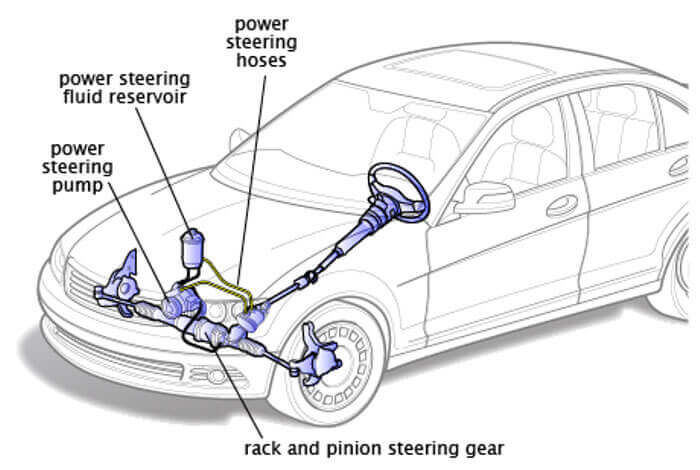 Parts of the power steering system:

How does electric power steering work? 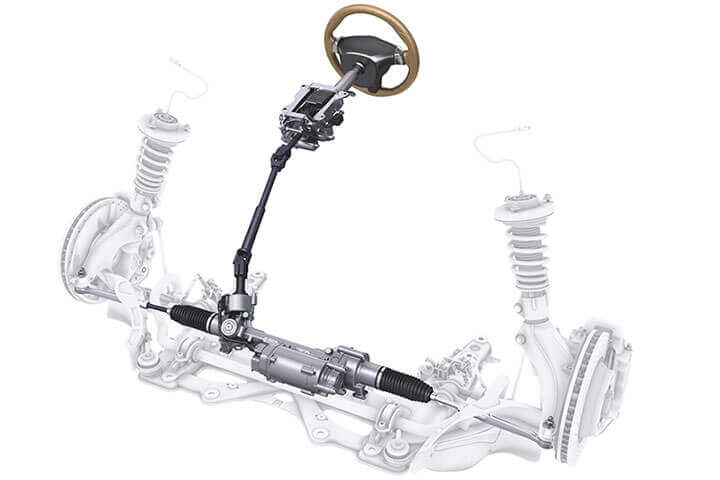 There is no working fluid in the EPS system. The electric amplifier does not always function, but only when performing maneuvers. The system’s power unit provides torque, which is determined by the torque on the steering unit. This parameter is measured using a special part of the steering wheel, the controller that transmits information to the control module of the system. The block is designed to calculate the required parameter of the activation power of the system motor, taking into account the position of the steering wheel.

The steering angle measurement procedure is carried out using a controller built into a switch mounted under the steering wheel. The rotary device of the electric motor has a controller that measures the mechanism’s speed and then transmits the data to the ECU; this is required for the module to determine the speed at which the node is scrolling. The EUR control module takes into account many readings when calculating the required effort on the electric motor.

This parameter is determined by:

In the future, the effort from the motor is fed to the rail using drive gear and a worm gear. Moving the rail is carried out as a result of several efforts; this is facilitated by the steering wheel, as well as the electric motor of the EUR system, which is controlled by an electronic module.

When you move the steering wheel, the torsion bar is twisted. The electronic module calculates the applied force by the change in position of the constituent elements of the controller. The steering mechanism detects the deflection of the steering wheel. These parameters are processed by a microprocessor module that interacts with the machine's ECU.

Taking this information into account, the microprocessor unit calculates the required force and then supplies the power of the required value to the motor. The latter performs the movement of the rudder shaft or rack.

Which is better: electric or hydraulic power steering? 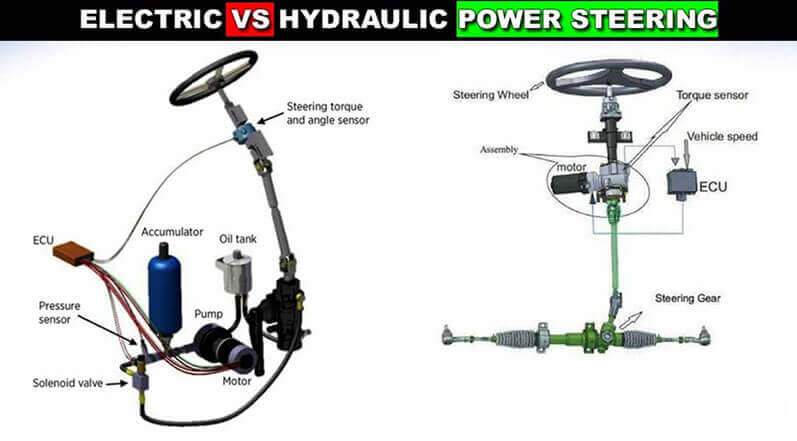 To understand which is better, we suggest that you familiarize yourself with the list of disadvantages of both systems.

How Does Power Steering Work FAQ

If the steering wheel in the hydraulic control system is in its original state, the lubricant pressure will be 5-7 bar. When the maneuver is carried out and the pumping device is activated, the pressure parameter will increase to 79-86 bar.

If you need to change the power steering urgently, please contact us soon. Our shop has a huge variety of different parts for any car.

The main parts of the steering system:

The American engineer Francis Davis is considered to be the officially recognized designer of power steering. He worked for Pierce-Arrow, a company that specialized in the production of trucks and fire trucks. There Davis built and tested power steering on site. In 1925, he patented and demonstrated the first power steering.

The hydraulic booster proved to be excellent in military vehicles. In the post-war years, Davis still managed to install the power steering on a passenger car. At first, the power steering was installed on elite cars and then on ordinary cars. The Chrysler Corporation produced the first affordable power steering car in 1951.