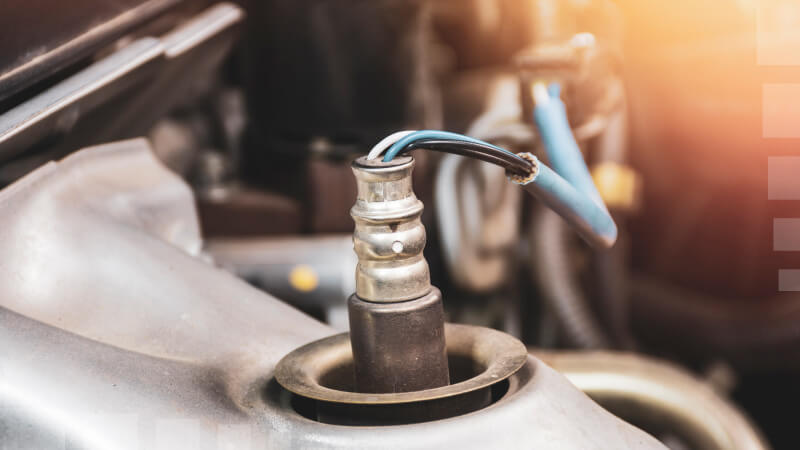 The main purpose of lambda probes is to inform the engine control unit about how tightly the air-fuel mixture burns. The O2 sensor determines the amount of oxygen in the exhaust gases; based on this, the composition of the air-fuel mixture is determined. The theory says that there should be 14.7 kg of air for 1 kg of fuel. Then the fuel and oxygen will burn completely, without the formation of an excess of harmful substances, and the fuel will not fly out into the exhaust pipe. The stoichiometric ratio of 14,7: 1 is called the “excess air factor” and is denoted by the Greek letter “lambda.” If the lambda is less than one, then the mixture is rich - that is, the amount of fuel in it is higher. If the lambda is more than one, then the mixture is lean - that is, the amount of fuel in it is less.

The reasons for the failure of the sensor can be different. For example, incorrect operation of the O2 sensor can be triggered by the presence of various deposits. And the most common cause of a lambda breakdown is a violation of its tightness, caused by the natural wear and tear of the material of its manufacture. Mechanical damage to the oxygen concentration sensor is less common since the element is well protected.

The most common causes and symptoms of O2 sensor problems 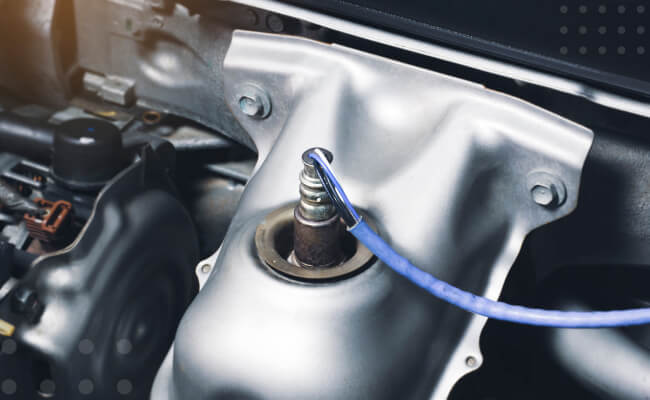 In the latter case, the lambda probe breaks in an instant. The rest of the symptoms indicate that the device is failing gradually.

How to understand that this detail will soon come to an end? At first, the O2 sensor does not work as it should. The signal is sometimes simply not transmitted to the electronic control unit; this leads to a correction of the idle speed. This indicator begins to change, and its fluctuations expand in the range. The quality of gasoline or diesel fuel decreases, and the car itself twitches.

You will hear pops inside the engine, and the corresponding icon on the dashboard lights up. Then the sensor just doesn't work on the engine that was just started. The dashboard will inform you about this in all available ways. The machine's power is severely reduced, and when you press the accelerator pedal, you will hear a popping sound from the engine.

But the biggest danger to the driver is engine overheating, which causes total system breakdown. If you ignore a broken O2 sensor, then its condition will deteriorate.

The check procedure is carried out with the engine running, as if the sensor is in a calm state, then it is impossible to determine its operability. If the lambda probe does not work correctly, then it is recommended to replace the part.

How much does an O2 sensor cost?

If you want to replace your old O2 sensor with a new one at a service station, you will have to pay around $150 - $500, depending on the car brand, year of manufacture, type of lambda sensor, etc.

How does the O2 sensor work? 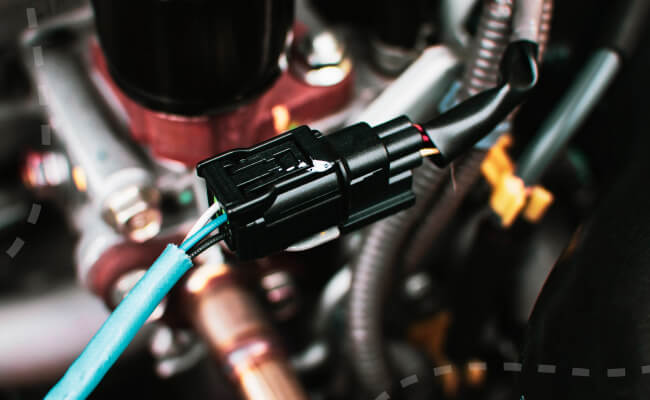 Under the protective metal cap of the lambda sensor, there is a sensor made of zirconium dioxide. This ceramic is a solid electrolyte - that is, it conducts an electric current, but it is impermeable to gases. This sensitive element has a gas-permeable platinum contact coating on the outside and inside, to which the signal wires are connected.

The working temperature of the ceramic element is about 350 degrees Celsius. The early O2 sensor did not have forced heating but was heated by exhaust gases. Later versions have a built-in heater, which brings them to operating temperature much earlier.

So, the inner part of the ceramic is in communication with air, and its outer surface is in communication with the exhaust gases. The difference in the concentration of oxygen molecules in the exhaust gas and the ambient air causes oxygen ions to move from an area with a high oxygen content to an area with low content. Ions move through the ceramic element, which, as already noted, is an electrolyte. The difference in the amount of oxygen and inside the ceramic sensor causes the signal voltage. 0.45 volts is one - that is, lambda is equal to one. A lean fuel-air mixture generates a voltage of 0.1 volts, and a rich one generates 0.9 volts.

This is exactly how a narrowband oxygen sensor works. In simple words, it can record deviations from stoichiometry in a very small range. It simply records the deviation from the lambda in one direction or another.

Lambda probe based on titanium oxide

Oxygen sensors based on titanium oxide have been used in automobiles for some time. As a rule, in this case, there is only one such sensor in the exhaust system, to which three or four wires are connected. It is more expensive and more accurate than zirconia. Such a sensor is not compatible with the atmosphere, does not generate voltage, and has an increased variation range.

The most modern solution is the wideband oxygen sensor, also referred to as an “air/fuel sensor” (A / F sensor). In his "pigtail" - 5-6 wires. This sensor is capable of measuring the composition of the air-fuel mixture in the entire range of magnitude and voltage in a complex, sensitive element. These sensors are mainly used on lean-burn gasoline engines, direct-injection gasoline engines, and diesel engines to measure the air-fuel ratio accurately.

Buying a new sensor will cost you 20 to 100 dollars, replacing the old sensor with a new one in a car dealership in the middle of 200 dollars. You can find O2 sensors of different types for any car and other car electronic parts on our website.

Of course, it is best to make a diagnosis using modern equipment at the service station. You can also check the condition of the sensor with a multimeter. Read more about diagnostics on our website.

Most cars have one lambda probe, but today you can find cars with two sensors. The use of two oxygen sensors allows you to strengthen control over the car’s exhaust gases. This will help achieve the most efficient air/fuel mixture and catalyst performance, taking into account all factors.

Like spark plugs, oxygen sensors are made by only a few manufacturers in the world. Car manufacturers have never made lambda probes, and their original packaging always contains sensors of one of these brands: NGK (NTN), DENSO, BOSCH, BERU.