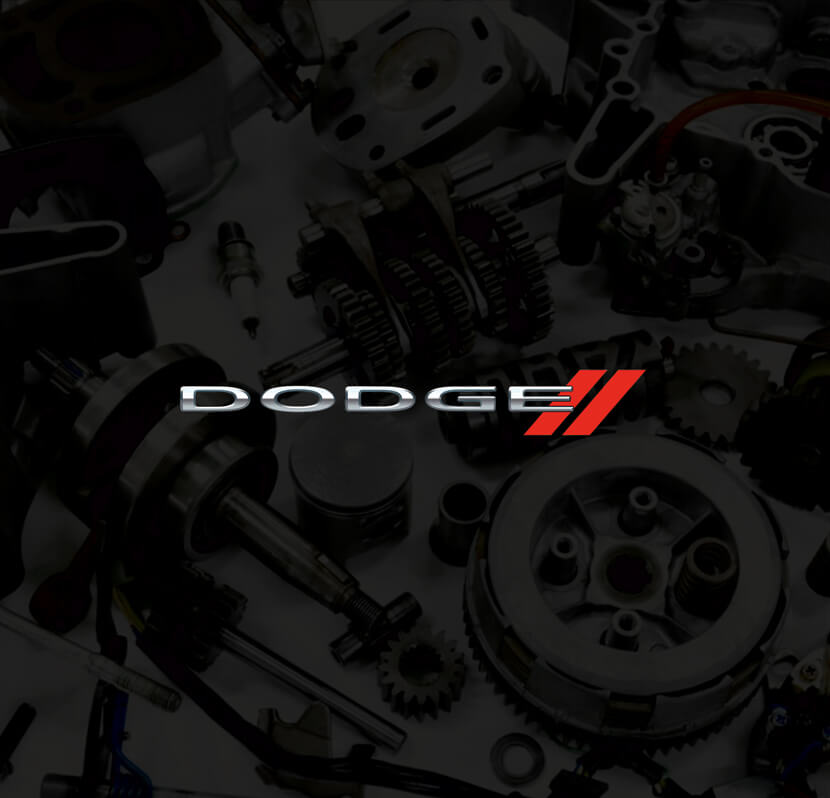 Almost every car lover is crazy about the beautiful Dodge Challenger, Charger, and Viper, which are directly about the history of American mechanical engineering. While riding a Challenger or Charger, you must admit that such a beast requires a particular approach and original parts only, as it will be challenging to deal with poor-quality details with the herd of horses under the hood of a powerful Dodge.

The Dodge company, ruled by Chrysler, provides fans with varying cars of different calibers, from wild muscle cars, which are famous and wanted worldwide, to powerful RAM trucks, which are also in demand. Furthermore, Dodge cars are presented in many variants to meet anyone’s needs and suit any budget, varying by engine size and salon package.

You should find a reliable partner to work with to make your purchase pleasant for a long time, preventing you from a headache caused by regular car repairs. We, an original Dodge parts dealer, provide our customers with 100% genuine spare parts.

The common problem of every driver is a polluted market with many fake manufacturers, which provide poor-quality parts which directly affect your driving performance. In this article, we will talk about determining original auto parts from fake ones. Check out the info below to discover why it is necessary and how to select genuine car details.

Why use genuine Dodge parts?

Using genuine parts for Dodge means taking care of your steel horse, making the driving performance more pleasant and the durability of details longer. While talking about the economy, you can buy cheaper food or clothing, which can help you save some money, but you can also buy fake auto parts. Although they are offered at a sweet price, one day you will have to spend all your earnings on repairing your car at the worst possible time. On the other hand, keeping your car 100% original is about aesthetics; even more so, if we are talking about premium models, which are appreciated for their uniqueness, as Dodge cars are something more than a pile of metal.

Also, you need to realize that genuine parts for Dodge will let you spend less money as they will not require frequent repairs, which often occurs with fake parts. As for main parts, the same goes for consumables, which will provide you with a feel of comfort for a longer time, while fake parts can be more affordable but dangerous at the same time. Check out the info below to discover what fake Dodge parts can cause.

How to distinguish genuine Dodge parts from fake ones?

How can fake Dodge parts be dangerous for you?

Ram "Classic" trucks are made at the Warren Truck Plant in Warren, Michigan and the Saltillo plant in Saltillo, Mexico. New series Ram pickups are made at Sterling Heights Assembly in Sterling Heights, Michigan. Since its inception, the brand has used the slogan "Guts.
Also, Chrysler 300 and Dodge Challenger, the Charger is manufactured in Canada at the Brampton Assembly Plant outside of Toronto. But no one will deny that some Mopar parts are made in China, but it's a small percentage.

The Dodge Reliability Rating is 3.5 out of 5.0, ranking it 19th out of 32 for all car brands. This rating is based on an average across 345 unique models. The average annual repair cost for a Dodge is $634, which means it has above average ownership costs.